THE ROSE OF TRALEE TO PLAY AT

24th January: Kerry footballers Cáit Lynch and Gavin White were at West Kerry’s Inch beach to announce details of the Lidl Comórtas Peile Páidí Ó Sé 2023, the famed club ladies and men’s Gaelic football tournament, taking place all across the Dingle Peninsula from the 24th to the 26th of February.

The intrigue of the Páidí Ó Sé legend and the draw of the rugged Dingle Peninsula has always been a big attraction to celebrities like Dolly Parton and Tom Cruise over the years. Last year saw Corona’s frontman Danny O’Reilly togging out at the GAA tournament with his club Templogue Synge Street.

This year, current Rose of Tralee Rachel Duffy will line out with her club Cill Óige of Westmeath. Other notable clubs with celebrity connections include Irish golfer Shane Lowry, whose home club Clara of Offaly play in the Dermot Early Senior Men’s Cup, while London Junior Champions 2022, Wandsworth Gaels, the adopted club of global pop star Niall Horan, are competing in the junior men’s competition.

13 counties from the four provinces of Ireland as well as one UK club will take part in the 34th edition of the Lidl Comórtas Peile Páidí Ó Sé, with 22 adult men’s and ladies club teams coming for a weekend of competitive football and social events including popular Irish band Super Céilí at Páidí Ó Sé’s pub in Ventry, West Kerry.

The football festival, which was founded by eight-time All-Ireland winner Páidí Ó Sé, is supported by Lidl Ireland, EJ Menswear, Kerry County Council Tourism Unit, Fáilte Ireland and Údarás na Gaeltachta, and has attracted over 18,000 club players since it was founded in 1989.

Comórtas Chairman, Pádraig Óg Ó Sé said; “We are thrilled to keep driving forward Páidí’s vision to attract new people to the peninsula every year to play Gaelic football. His intention was that they would come back again and again to holiday here. His dream has become a reality. Clubs are really enthusiastic to be involved and we have planned a great weekend of craic and entertainment for them.

A special mention is due to Lidl who are in the sixth year of their partnership with us and who have contributed enormously to promoting ladies’ football in the country, being a key driver of the growth of Ladies Gaelic games in Ireland through their LGFA sponsorship. Kerry County Council Tourism Unit and Údarás na Gaeltachta who are backing us also to continue with the Comórtas, as they understand the big benefit in terms of local tourism. We are also delighted that fashion retailers EJMenswear of Sligo, who are related to the Ó Sé family, are partnering up with us to ensure it will be a weekend to remember.”

Michael Collins, Sales Operations Manager with Lidl Ireland added; “We are delighted to continue our partnership with this year’s Comórtas Peile Páidi Ó Sé for a sixth year. We are committed to supporting and promoting women in sport. Through our support of Gaelic football at club level and county level through our partnership with the LGFA, we will have invested €10 million of investment in Ladies Gaelic football over a 10 year sponsorship.”

Longford’s Clonguish will be attempting to make it a unique three-in-a-row wins in the senior ladies’ competition as they line out against Cavan’s Crosserlough as well as Dublin’s Thomas Davis with one more team to be announced.

Ratoath Ladies are back for the intermediate ladies’ competition alongside Kerry’s Corca Dhuibhne, Dublin’s Clann Mhuire and Cavan side Belturbet. The junior ladies competition sees Cill Óige of Westmeath, Newtownmountkennedy of Wicklow and Anascaul/Castlegregory lining out alongside local side Dingle Ladies

Finally, the men’s junior competition will see Kerry’s Beale up against newcomers Camogue Rovers of Limerick and St James’ of Cork as well as London’s Wandsworth Gaels. 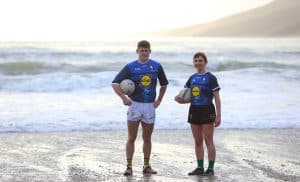 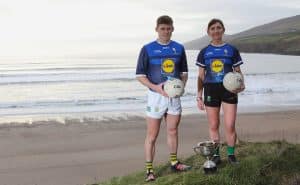 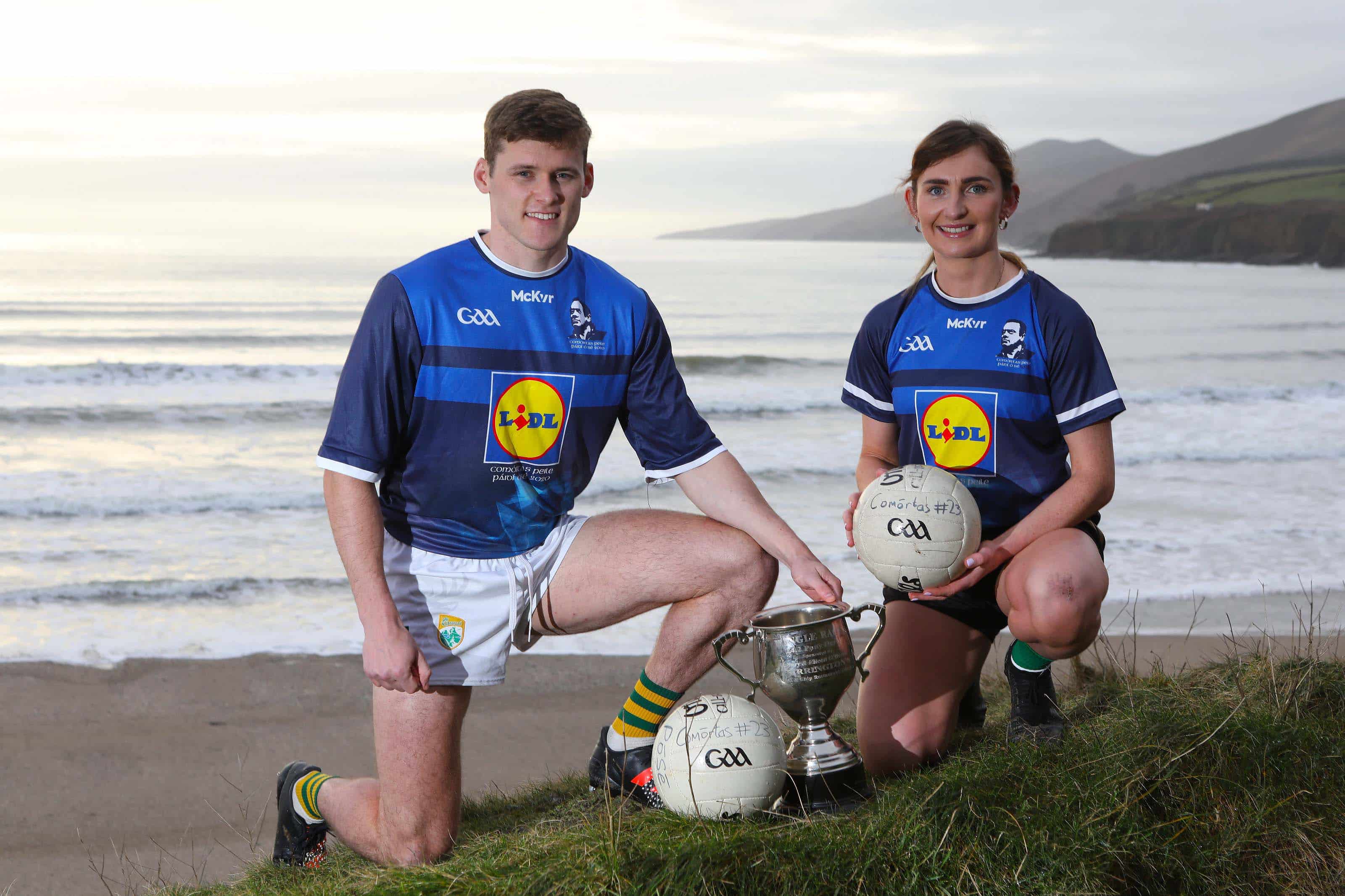 Pictured are Kerry footballers Cáit Lynch and Gavin White at Inch Beach in West Kerry for the launch of the Lidl Comórtas Peile Páidí Ó Sé 2023, the famed adult men’s and ladies Gaelic football club tournament which takes place from 24th to 26th February all across the Dingle Peninsula. Details on paidiose.com 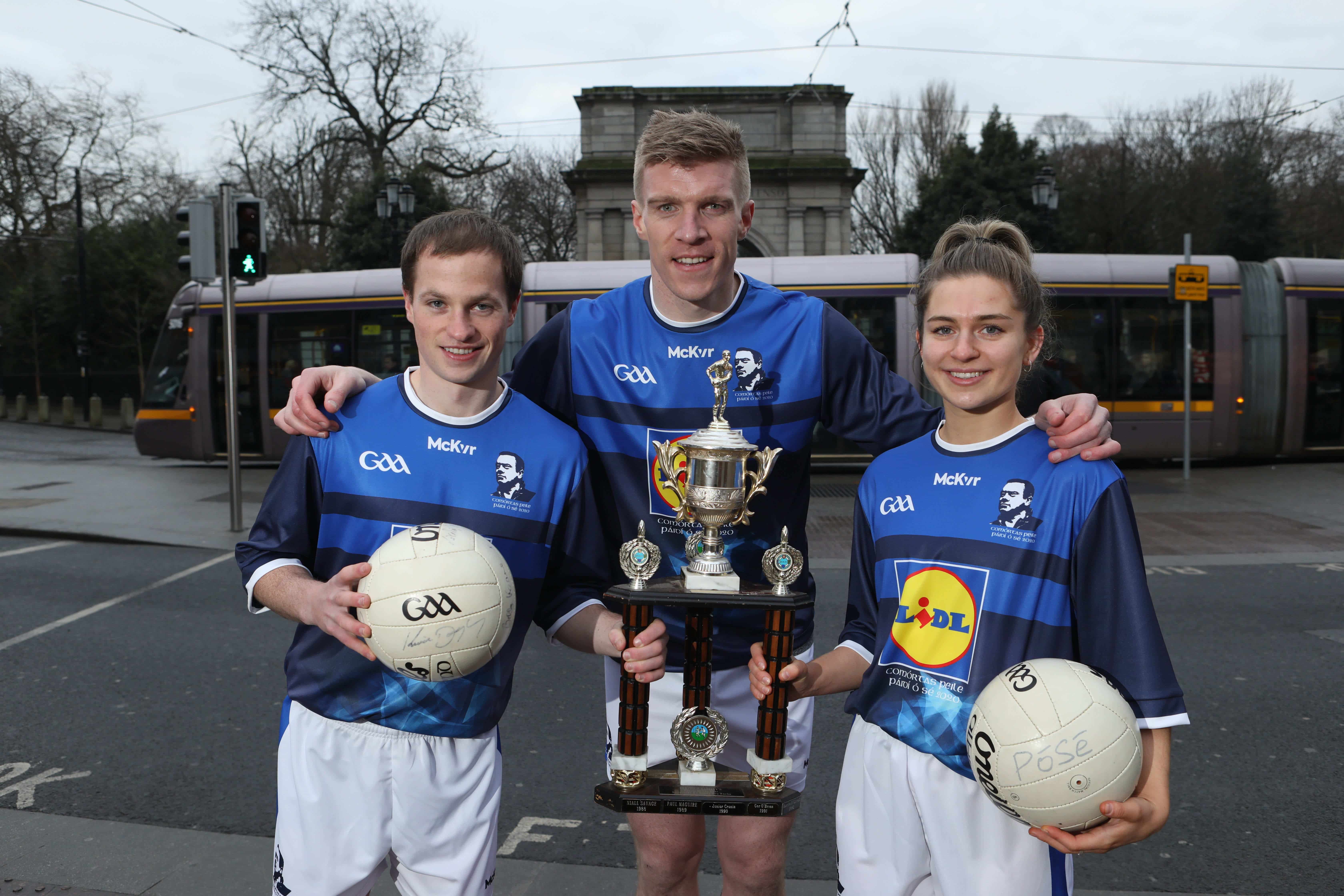 FROM ORANGE COUNTY TO THE ORCHARD COUNTY FOR 31ST COMÓRTAS GAA clubs from Orange County in California, Edinburgh, London and 14 counties across the four provinces of Ireland will take…