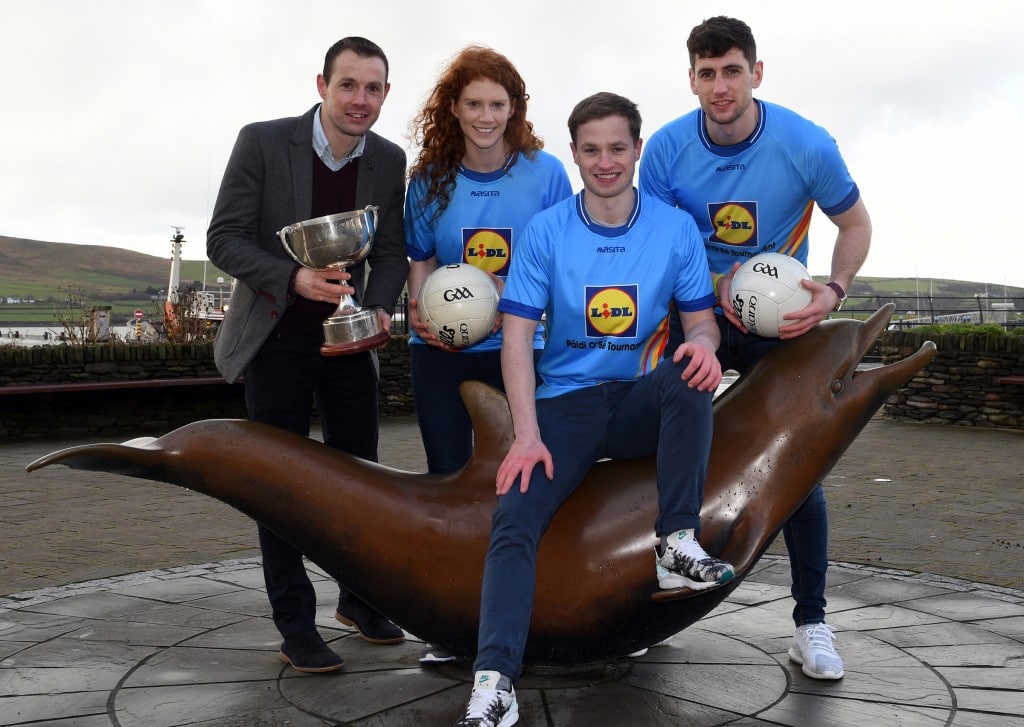 TEAMS FROM DOWN TO DUBAI LINE OUT FOR 28TH COMÓRTAS PEILE

32 teams in all compete from 14 counties across all four provinces as well as teams from the UK and the United Arab Emirates in ladies and men’s senior, intermediate and junior competitions.

Four Kerry ladies club teams line out over the tournament weekend with Corca Dhuibhne and Na Gaeil in the intermediate cup against Mayoai’s Burrishoole who are going for three in a row Dingle Ladies and Clounmacon GAA are in the four team junior ladies cup against Liverpoolai’s John Mitchels and Dublinai’s Lucan Sarsfields.

Michael Collins, Area Manager, Lidl said, “We are delighted to sponsor this year’s. With almost 150 stores, we are a part of communities all over Ireland, this is where serious support is born and nurtured- through the dedication of a local community. Earlier this month Lidl announced a further 1.5 million investment in Ladies Football with a commitment to spend it where it matters most ai’ at local level and in the community so young players feel they have that backing from the start. Our sponsorship of Comórtas Paidi O’Se 2017 is an extension of that commitment and our store teams in Dingle and Tralee are proud to get behind this year’s festival